Cybertruck, which is currently a hot topic of discussion is recently unveiled by Elon Musk. As Elon Musk launched the car, there have been various memes getting viral on the internet about it, which contributed to making it the much-talked topic among the people. The reason remained the design of the car. Well, not just the design but the amazing features of the car also made it pretty famous. Elon Musk claimed that the glass and doors of  Cybertruck are strong and undestroyable even after getting hit with a strong force.

But when Elon Musk presented this the car in front of the public and carried out the live demonstration, at that time the experiment failed as when the lead designer hit the windows of the car with a metal ball after hitting the door with a sledgehammer, the windows got smashed and this was equally shocking and unexpected for Elon Musk. Even he was seen saying ‘On My F*cking God’ under his breath. But later he came up with an explanation. 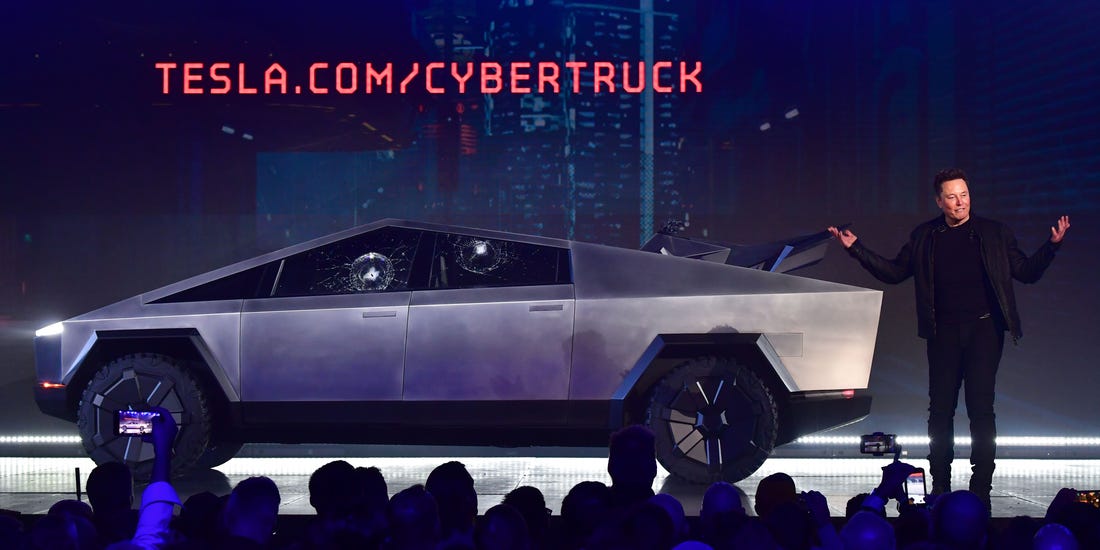 A person said on Twitter regarding the issue, “I know the real reason behind the window crack. It’s ok Elon, But maybe you should’ve thrown the ball of the window before you decided to hit the door with a sledgehammer.”

In response to this, Elon Musk agreed and said, “Yup. Sledgehammer impact on door cracked base of the glass, which is why steel ball didn’t bounce off. Should have done steel ball on the window, *then* sledgehammer the door. Next time …”