After swaying the music industry with her grace and fervor, Cardi B is taking a great deal of interest in the political world.

Undoubtedly, the celeb singer has contended the world with chart-topping hits and record-breaking music albums. But with her recent interest to get in Congress politics, she has accumulated some great number of criticisms on her side. 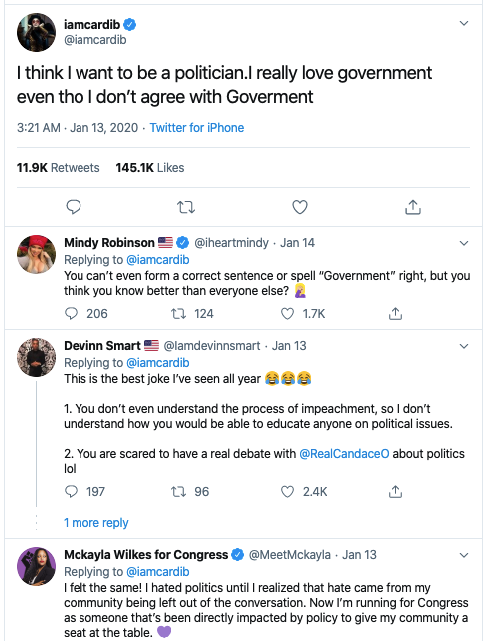 While some of her fans were quite happy to see her showing interest in the social path and well-being, a major part of them couldn’t stop slamming her with hoards of negative comments.

According to the comments, Cardi B hardly has any knowledge about how the national legislative body works, and thus she is not a suitable one to do justice to the country.

However, the confession does not seem to be too light an affair for her because there was also a rumor regarding her stepping into the political world, a few months back.

There was even a revelation by the Bronx native on Twitter where all the political aspirations of Cardi B was announced. She even quoted that “I think I want to be a politician” and said a few words praising the government of the country.