Although floatation therapy seems like a new or even futuristic concept, the truth is that the entire sensory deprivation tank concept could be traced back to the swinging 60s as it was about that time that Dr. John C Lilly came up with the idea of depriving an individual’s senses whilst experimenting with various psychotropic drugs.

His research on the subject was mostly about understanding the psychological impact on the brain due to sensory deprivation which despite indications that individuals who underwent the therapy showed signs of improved concentration and better moods were shelved. However, this did not stop Dr. John C Lily from introducing the concept and getting others involved which resulted in the floatation, in what was then called an isolation tank, being a niche business that only the elite class picked up (celebrities).

By the 70s famous athletes started using the therapy recommended mainly by their coaches which raised the interest of not just the science community, but the general public as well. Fast forward to these days where isolation tanks, now called float tanks or simply floatation therapy, has not only become a medical phenomenon due to the wide array of benefits that people are deriving from it, but also due to the baffling mysteries of how it improves our mental and physical conditions without invasive medical applications. 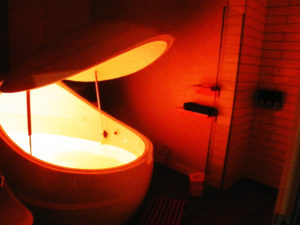 As a matter of fact, medical professionals readily recommend float tank sessions as an auxiliary treatment for a wide range of illnesses. By wide range they mean, PMS symptoms, recovery from physical injuries, chronic headaches, hormonal imbalances, blood circulation, depression, anxiety, gout, hypertension, high blood pressure, and the list just keeps going. This might obviously prompt a question as to how is it possible that a single element is able to do so many different things and the answer is actually quite logical.

The first simple fact is that during our daily routines as we go about doing our work or whatever, our brain is totally preoccupied and this carries on right up to the point when we go to sleep during which time the brain is still alert for strange sounds, smells that signal danger or bright lights that could still be seen through our eyelids, hence we are not actually ‘really asleep’.

This means that our brain does not get a break for the most part of our lives. Now in a float pod, the brain is prevented from using the sense of smell, sight, sound, heat and even the tug of gravity because the salinity of the water prevents us from sinking and the temperature of the water which is the same as our bodies does not allow our brain to tell apart which parts of our body is afloat and which parts are submerged.

Hence knowing that we are in a safe place, the brain goes into deep rest mode and uses all the raw processing power that is now available in abundance to work out the kinks ‘inside our bodies’ by enhancing our entire biological system. It is actually as simple as that.