France has signed a digital services tax even after the warnings of vengeance by the US, which claims that it unjustly aims American tech giants.

The 3% tariff will be applicable on sales delivered in France by multinational companies like Facebook and Google.

Companies as such, which holds headquarters aside the country pay little or no tariffs said the French presidency.

The US authority has directed a hearing into the transit – which could rise in retaliatory duties. 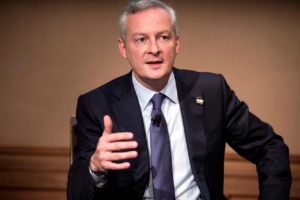 On Thursday, the current tariff was confirmed by the French Senate, a week after it was alleged by the lower house, the National Assembly.

It will be retroactively implemented from the commencement of 2019 and is demanded to grow regarding €400m this year.

Reasons to aim for tech giants?

Presently, they are capable to give little or no corporate duty in nations where they do not have a huge physical appearance. They hold most of their profits where they are headquartered.

The European Commission predicts that on average traditional businesses pays a 23% tax rate on their profits in the EU, as the internet companies basically spend 8% or 9%.

France has long held that tariffs need to be based on digital, not just physical proximity. It declared its private tariffs on big technology firms in the previous year following EU-wide forces postponed.

An EU duty would demand consent amongst members, yet Ireland, the Czech Republic, Sweden, and Finland suggested doubts.

France’s current 3% tax will be based on sales produced in the nation, preferably than on profits.

Approximately 30 firms will spend it – essentially US groups such as Alphabet, Facebook, Amazon, Apple, and Microsoft. Spanish British, Chinese and German companies are also stirred, as well as the French online advertising company Criteo.

The French presidency states the tariffs will drop if a comparable measure is granted internationally.

Furthermore, the big tech firms have claimed they are complying with national and international tax rules.