Tech Giant Microsoft has officially received the award of $10 Billion of JEDI Cloud contract with Pentagon. Recently it was announced by the company and this came as a surprise to the people because earlier it was assumed that the contract will go to Amazon which is the frontrunner. The loss of the $10 Billion JEDI contract is indeed a huge loss for Amazon and its going to affect its entire empire. The reason behind this is said to be the opposition of Donald Trump with the company of Jeff Bezos.

Talking about Donald Trump an attorney with the law firm McCarter & English, Franklin Turner said, “It’s crystal clear here that the President of the United States did not want this contract to be awarded to one of the competitors. As a result, it’s fairly likely that we will see a number of challenges that the procurement was not conducted on a level playing field.”

According to him, “Microsoft should expect a near-term war here. It’s a virtual guarantee that Amazon is going to pull out all the stops to check the government’s math on this one.” 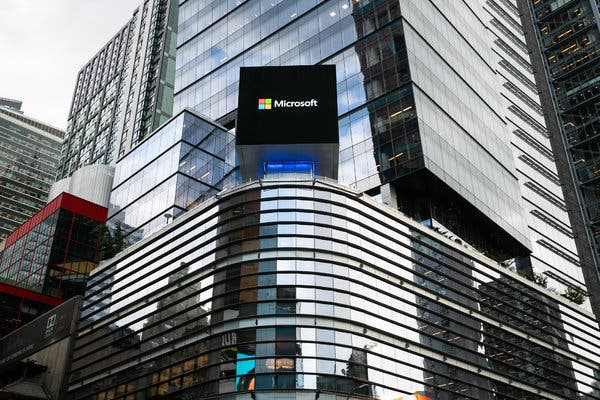 As per Drew Herdner, the spokesperson from Amazon, “We’re surprised about this conclusion. AWS is the clear leader in cloud computing, and a detailed assessment purely on the comparative offerings clearly leads to a different conclusion.”

After this huge loss now the company is evaluating its options and trying to make up for the loss that it has experienced. Last year the company said in a statement, “We believe the best approach is one that leverages the innovations of multiple cloud service providers.”
Tagged with Amazon Web services